Under New Mexico law, bicyclists have the same rights and responsibilities as people who drive motor vehicles. Unfortunately, many motorists fail to yield to cyclists, causing accidents and often serious injuries. Our attorneys have extensive knowledge and experience in handling bicyclists’ personal injury and insurance claims to ensure that our clients get the compensation they need when these types of accidents occur. 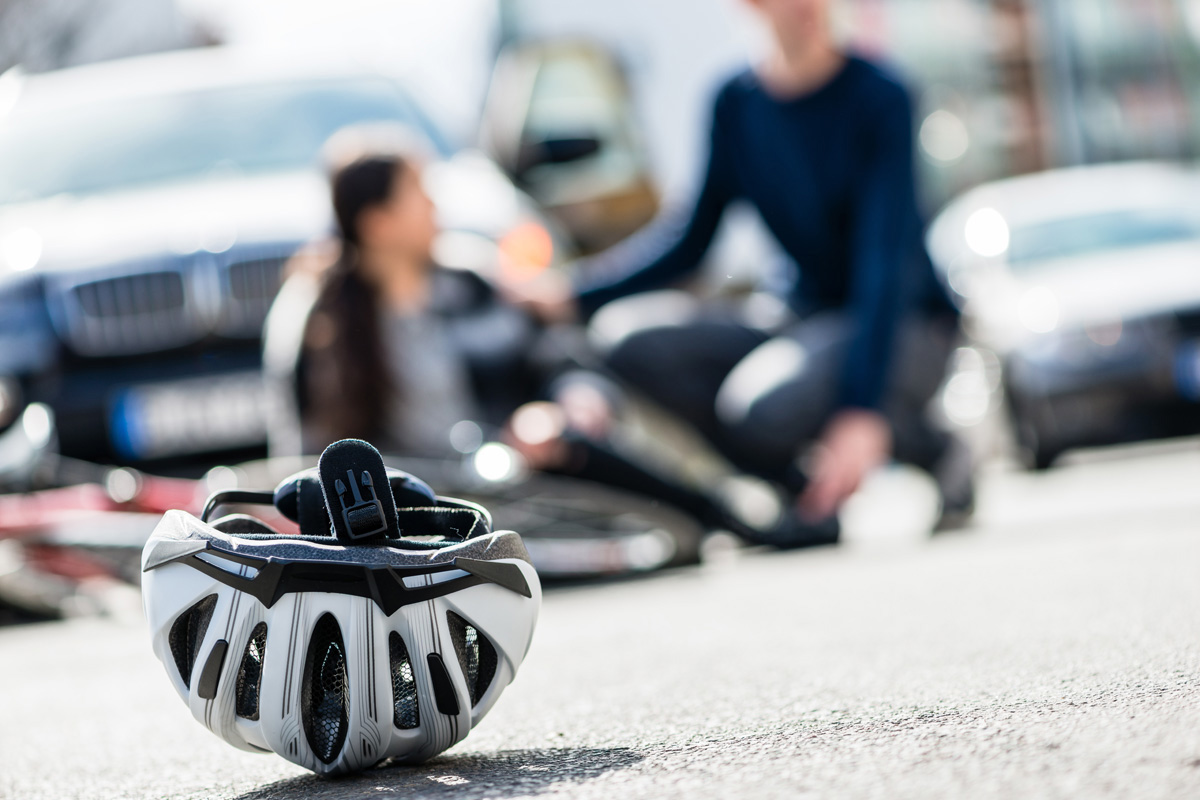 Bicycle Accident Lawyers in Santa Fe: Who to call.

Bicycle accidents can happen in a wide variety of locations in and around Santa Fe, from collisions with bike-protected lanes to crashes on neighborhood roads. Many bicycle accidents result from negligent or reckless motorists who fail to drive safely and to share the road. According to the New Mexico Department of Transportation, bicycle collisions with motor vehicles happen much more often than you might think. Indeed, in 2019 alone, a bicyclist was struck by a motorist every 23 hours. If a car or truck driver caused your injuries in a bicycle accident, it is important to seek advice from a dedicated and experienced New Mexico bicycle accident lawyer. You may be eligible to file a claim for financial compensation, and the experienced advocates at Slate Stern Law can assist you with your bicycle accident claim from start to finish. It is vital to be represented by competent bicycle accident lawyers in Santa Fe if you have been injured in a bike accident.

Bicycle accidents can happen for many different reasons, and they can occur at all times of the day. You should know that bicycle collisions involving automobiles can happen even when bicyclists are riding in protected bike lanes, as well as in scenarios in which cyclists and motorists appear to be sharing the road respectfully. It is difficult to anticipate all situations in which a bicycle crash may occur, yet cyclists can take precautions by understanding the reasons for accidents. The following are some common causes of bicycle accidents:

Comparative fault, or contributory negligence in some states, is an affirmative defense that the defendant might raise in order to argue that the injured party (i.e., the plaintiff) is also partially at fault for his or her injuries or their severity, which should mean that the plaintiff should be barred from receiving damages or should receive a reduced damages award. In a bicycle accident case, for example, a defendant motorist who struck a bicyclist in his car might argue that the bicyclist ran a red light and therefore was at fault—or at least partially at fault—for the collision that occurred in the intersection. How can comparative fault affect your case?

New Mexico is a pure comparative fault state. Accordingly, if a defendant argues that a bicyclist is partially at fault for the collision, the bicyclist can still recover as long as she or he is 99% or less at fault, but the total damages award will be reduced by the bicyclist’s portion of fault. It is also critical to know that a defendant raising the issue of comparative fault does not automatically mean that the plaintiff’s damages award will be reduced. With help from an aggressive New Mexico bike accident lawyer, the plaintiff may be able to show that the defendant bears all responsibility for the collision and resulting injuries.

How Much Time Do I Have to File a Bicycle Accident Lawsuit?

Bicycle accidents are similar to other types of personal injury lawsuits in New Mexico when it comes to the statute of limitations, which means that most bicycle accident lawsuits will need to be filed within three years under New Mexico law. The clock on a bicycle accident lawsuit will start ticking on the date of the bicycle collision, and from that point forward the injured bicyclist will have three years to file a lawsuit against the negligent party who is responsible for the crash. Once the three-year clock ends, the plaintiff will have what is known as a time-barred claim and will be ineligible for damages in a civil lawsuit.

To avoid filing your claim too late, you should begin working with an experienced New Mexico bicycle accident lawyer as soon as possible. The quicker you get started on the claims process, the sooner you also may be eligible to obtain the financial compensation you need and deserve.

Seek Advice From Our Bicycle Accident Attorneys in New Mexico

If you were injured in a bicycle accident in or around Santa Fe, you should not hesitate to get in touch with our experienced New Mexico bicycle accident lawyers. Our firm has been representing injured plaintiffs for years, and we can help you to seek the financial compensation you deserve from a negligent or careless motorist. Contact Slate Stern Law today for more information.